We’ve made it all the way to present day (approximately). I’m happy to report that there are now more horror games than ever. It’s like everybody finally realized that the horror genre is ripe for the picking when it comes to video games. So…fuck yeah!

Alright, before I get super current, I need to go back a few years for this first one. The game came out on the PS3, but I didn’t play it until just recently on the PS4.

I’m about to say something that may cause people to roll their eyes, but I don’t give a squirt. The Last of Us is as good a story, both in acting and content, as any movie I have ever seen. Never, in all my years of gaming, have I been so emotionally involved in the characters I was playing as. Joel and Ellie’s (the above mentioned characters) story is touching, chilling, tragic, loving, and everything in-between. 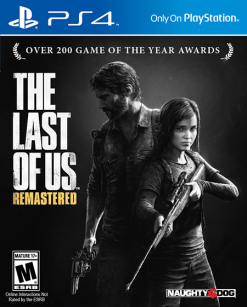 Set in a zombie (not really zombies but you know…basically zombies) apocalyptic future, Joel, who lost his daughter during the initial outbreaks, has to help a teenage girl, Ellie, on a journey. I know that doesn’t sound totally original, but that is really just skimming the surface of the heart of the game. Thanks to the relationships involved, every action and plot point has a tremendous amount of weight.

On to the nasties roaming the levels. They are essentially zombies, but instead of simple, rotting corpses shambling towards you, these suckers have some sort of coral (as in reef) growing out of them. They are pretty terrifying, and are almost always better avoided than confronted. The worst thing you can do in The Last of Us is charge through levels. Do that and you will be killed! A lot!

The ending is very divisive and not what you would expect from a video game (then again, nothing about this game is typical). I, for one, found it to be the perfect resolution for the story. It fits the characters like a glove and had me getting all emotional. I think I paced the house for like an hour after the credits rolled talking to myself, convincing myself that Joel and company made the right choices.

There is talk of a Last of Us sequel. I kind of hope it doesn’t happen. This game is a masterpiece of gaming, and really doesn’t need a part 2.

Hands down, this is the scariest game I’ve ever played! There, I said it. Sure, I’d heard the buzz surrounding this one for a while. I watched video of people shitting their pants while playing the demo, but I wasn’t scared. I’m a God damn horror connoisseur! I’ve literally dedicated a large portion of my life to the scary stuff. So, fuck this game, right? Right? Wrong! Alien: Isolation bent me over and went balls deep.

You play as Ellen Ripley’s daughter, Amanda (awesome!) and you are looking into the disappearance of 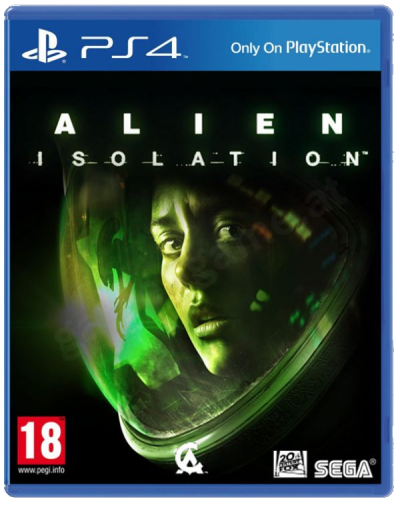 your mom. Some new clues lead Amanda to a space station that, you guessed it, has a bit of a bug problem. You have to deal with asshole, gun wielding humans, terminator-like androids and one very nasty Xenomoprh. What makes the Alien so heart stoppingly horrifying is that it comes out of nowhere, can’t be killed but will always kill you (seriously, I’m talking instant death here) and is fast as fuck.

If you love the Aliens movies, then you have no reason not to play this game. It is basically a 12 hour love letter to those movies.

The amount of times I hid in a locker, far too afraid to move because that mother fucking Alien was out there…somewhere, were too many to count. To make shit scarier, you get one of those motion trackers from Aliens, you know, the ones that beep when something is getting closer. Which would be all fine and dandy, if the think worked as well as you want it to. And even when it does work, it doesn’t matter because the Alien is so God damn fast that it rips you open quicker than a piñata at a fat kid’s birthday party.

There are sections of the game where you have to deal with the murderous androids and dickhead humans. These sections, although intense, feel like a relaxing walk on the beach compared to any part with the Alien.

When I beat Alien: Isolation, I let out a sigh of pure relief. I was a ball of stress, my nerves were shot. I imagine it was the same feeling that hostages get when they are rescued.

Sequels? I fucking hope not!

This is it, the last game on my list. Although not as scary as Alien, and nowhere near as deep as The Last of Us, Until Dawn still does something truly special. It is basically a ten hour interactive slasher movie. 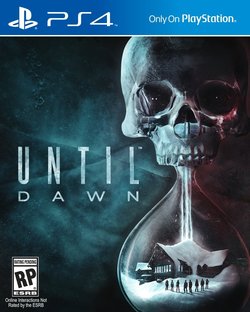 he first I heard of it was while watching a video on IGN in late 2014 showing clips from all the horror games upcoming in 2015 and Until Dawn was amongst them. It sounded like an awesome premise. Like the best slasher films of the 80’s, a group of friends reunite at a cabin in the woods exactly one year after the disappearance of two of their friends. Sign me up!

You get all the stereotypical cast (you know, basically a group of people who would never be friends in real life), and you control them all at one point or another throughout the game. The objective is simple, keep at least one player alive until dawn.

Being a lifelong fan of slasher movies, I LOVED this game! You are presented throughout with various choices (either dialogue options, or different actions) that dictate what happens next. Basically, if you act like an asshole, your toast. Like having sex? Not a good idea in this game. Kill some harmless forest critter? Goodnight Irene! But it even goes beyond that. Not every choice is clear. For instance, if you find a flare gun and decide to give it to one of your friends, when you’re attacked later, you don’t have it to defend yourself. But if you do give it to them, it may just end up saving their life. The whole thing reminded me of those old Choose Your Own Adventure books from when I was a kid.

Sequel? Nope. But I really hope we get one. There are so many fun tropes and clichés to play with in the slasher genre that there is material for ten sequels.

A few other recent goodies I’ve encountered are: Outlast, The Evil Within and Soma.

I guess that’s it for now. Maybe in a few decades I’ll do this again. Thanks for reading!