The book launch was a big success! We (me and Ben) had high hopes for the launch and I think they were exceeded.

The idea for the launch was to treat the event a little more like a record release and less a book launch. A lot of the book launches we’ve been to lately are either a) very dry and boring or b) have large gaps in the programing where people are standing around doing nothing. So to combat that we did two things. First, we had it in a bar (booze!) and second we had live music. That way, during those moments where we were off signing books, there was still something for people to do (get drunk and listen to music). It worked like a charm.

One thing worth mentioning was the utter success that was having a limited edition cover of the book available at the launch. This cover (limited to 50 copies) would be exclusive to the launch. I wasn’t sure how that would go over, but since we sold out of them that night, it went pretty damn great. I can’t remember who exactly thought of the idea for the limited cover, but I’m pretty sure we’ll be doing it from now on.

The book has continued to do well over the course of the week as well. In the first six days, we’ve already sold nearly a hundred copies. I’m pretty sure, with the upcoming signings and conventions, we’ll be through the first printing of No Light Tomorrow by summer (500 copies). Which, for a little book of science fiction stories, is not bad.

As promised last post, here’s some pics. (for all those wondering, I’m the fat guy) 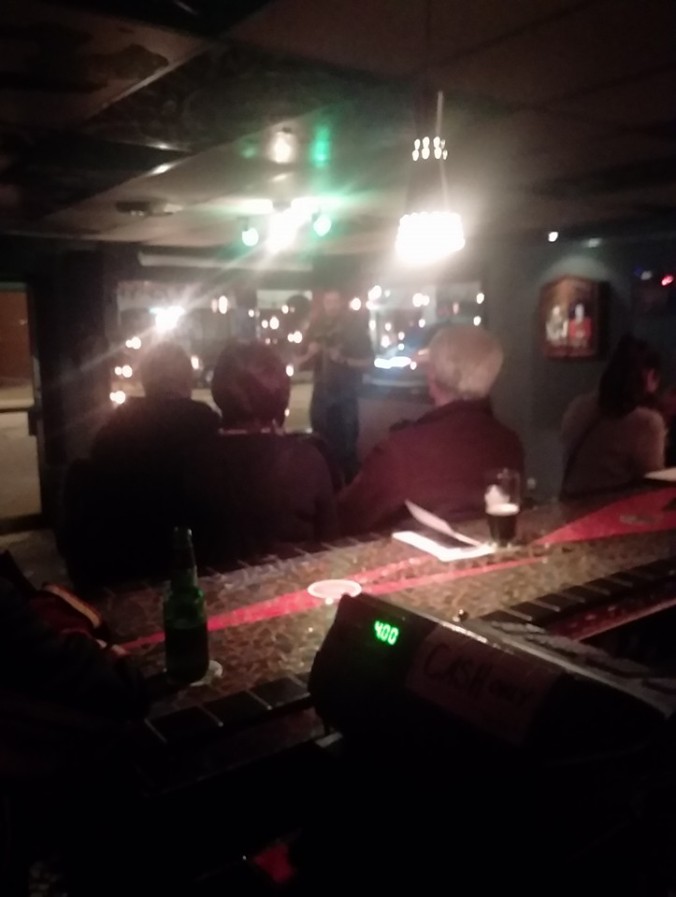 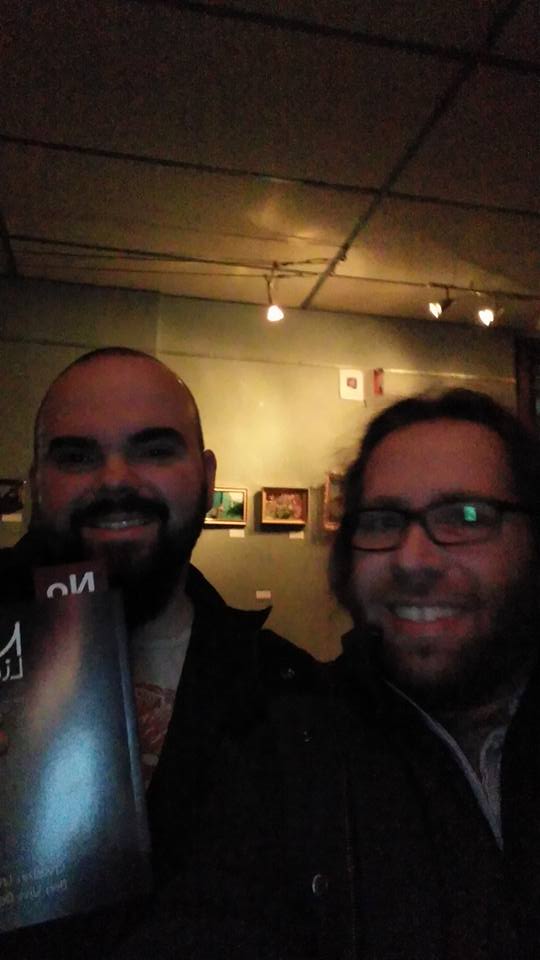 No Light Tomorrow is coming soon (even sooner than I thought) and we’ve started sitting down (Ben and myself) to work out a promotional schedule for its release.

I’ve managed to do pretty well with my first book, The Space Between Houses, by making lots of connections and hitting up various events, and, most importantly, being available for any opportunity presented to me. It wasn’t easy though. Keeping motivated, doing research on events and staying prominent in the community becomes exhaustive. If it were just me pushing this next book, I would probably be looking at the same amount of success, but I’m not alone. Having a second person involved, who has as much interest in the book as I have, is going to pay off greatly.

The first thing up (for the public anyway) is the launch. Some of the ideas we’ve been throwing around lately have me super excited. I’ve been to a few book launches in the past few months and they have been…lacking. Some have been so poorly attended that once you removed the author’s family from the equation, there was only a few people there. Others had more people in attendance, but the launch itself was so painfully long and boring that the bulk of the crowd high-tailed it as soon as all the speeches and back-patting were over, blowing right past the table of books along the way. Now, it is still a bit early to reveal exactly what we have in store, but I can say that our launch is going to be a hell of a party, with some innovative ideas.

And that’s just the beginning!

We have an aggressive marketing campaign, lots of appearances and a book tour or two scheduled over the next six months.

Plus, besides all that, because of recent developments, we (again me and Ben) have finally decided to do something that we’d talked about for quite some time. This new endeavor will open doors for both us, as well as other talents in the community, and pave the way for any fringe work we produce in the future.

Like the title says, Big Things are on the horizon, so stay tuned!